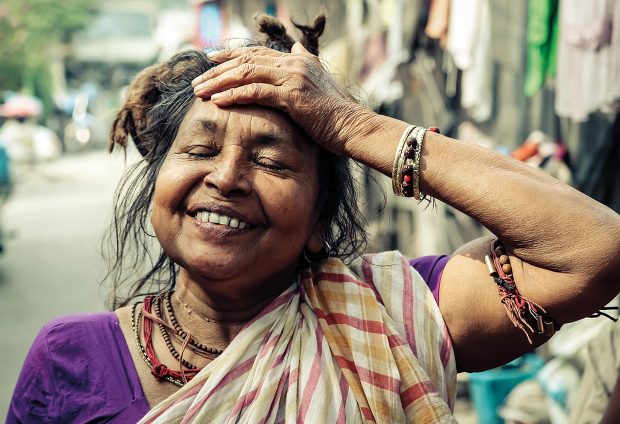 Officially, the Indian caste system was already abolished in 1948, but the reality is different. People are still divided into castes, i.e. social classes, which are automatically assigned certain rights, duties and privileges. In India, you can neither move up nor down a caste – from birth, you belong to the caste of your parents and remain in this caste until the end of your life. Lucky are those who belong to the upper classes.

There are five castes in India
1. The top layer is formed by the “Brahmins”, priests and scholars belong to them.
2. Then follow “the Kshatriyas”, the princes, warriors and higher officials.
3. The “Vaishyas” include, for example, farmers and merchants.
4. “Shudras” includes servants and service providers, among others.
5. At a clear distance from the next highest caste are the “Dalits,” the untouchables: Garbage collectors, launderers, barbers, etc. 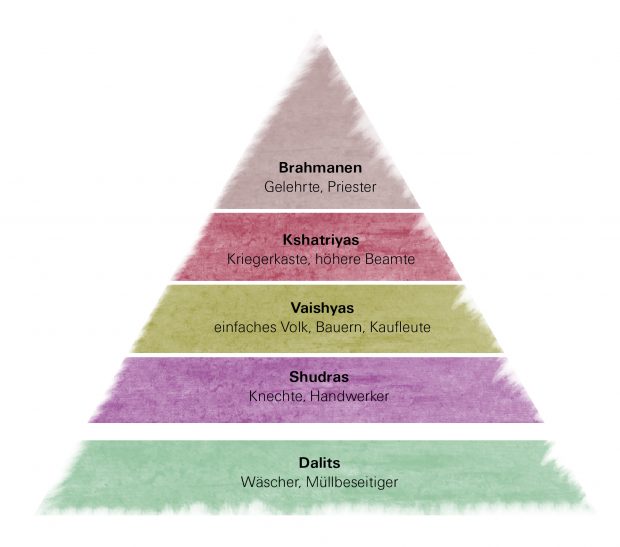 “Untouchables” are Dalits because they are considered impure and therefore it is better not to touch them. They are therefore excluded from social life in many places. Most of them live in poverty in segregated settlements outside the villages. Especially in rural areas, discrimination against Dalits is very widespread – they are harassed, attacked or even murdered.
The caste system has been officially abolished, and in the cities in particular, people tend to focus more on income and social interaction than on the caste to which they belong. Some Dalits have made it into high government positions, but such success stories remain the exception rather than the rule, and such positions are almost unattainable for women.

Far from equality
Women still have a hard time in India – as in most countries around the world. Every year, the Global Gender Gap Report examines 153 countries for their “gap” between the sexes – in other words, the extent of equality between men and women. In 2019, Germany achieved a gender equality rate of 78.7%, which puts it in 10th place. India ranks 112th, with an equality rate of 66.8%. There’s a lot of room for improvement there.
If you are a woman in India and also belong to the Dalits, the situation looks correspondingly difficult. Dalit women suffer from economic disadvantages, a lack of education (many are not even admitted to schools) and often also a lack of health. They are discriminated against in livelihood, public services and political participation. They are victims of physical, verbal and sexual violence and are also often forced into temple prostitution.

Escaping the vicious circle
To lead a self-determined life in dignity is the wish of many women in India. As is often the case, the first step towards this goal is financial independence. And as in Germany, this requires a good education.
This is where the nehemia team together with the Indian organization “7 Fruits Foundation” comes in and offers Dalit women the opportunity to be trained as tailors and seamstresses.
Training as a seamstress is intended to promote self-reliance by enabling a life of greater economic, social and emotional independence and increasing the degree to which women can shape their own lives.
After training, women can become self-employed as dressmakers or seek employment. The income gives them a more solid standing in society and breaks the cycle of poverty and dependence.
The training itself lasts three months. In addition, the women are invited to participate in a mentoring and empowerment program designed to help them achieve healing and stability. Through this combination, women are empowered to escape the cycle of oppression and poverty, single mothers gain social security in aspects such as health, livelihood and child care, and young unmarried women have the chance to live and create a life of dignity.

Opportunities to support
In November 2020, the first course started with ten participants. The women are motivated and enjoy learning, but there is still a lack of suitable resources to make the course efficient: