Many Christians flee from Islamist terror 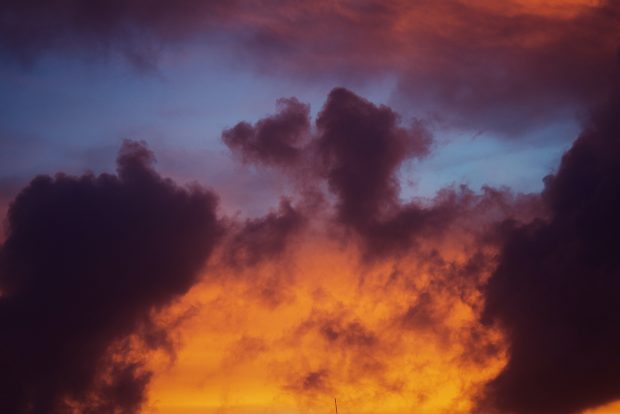 Burkina Faso, which translates as “land of the upright people,” is a West African state located south of the Niger Arc and bordered by Mali, Niger, Benin, Togo, Ghana and the Ivory Coast. A moderate form of Islam is practiced in Burkina Faso, so that for decades a relatively high level of stability and a tension-free coexistence of the various groups and ethnic groups was possible. In the meantime, Burkina Faso has been increasingly afflicted by Islamist terror, which is infiltrating the north of the country from neighboring countries, especially Mali.

The situation in Burkina Faso is currently very critical. Not only is the spread of the Corona pandemic and the associated poor health care putting a strain on the people, but also terrorism. Especially the north of Burkina Faso at the border to Mali suffers increasingly.

“His will be done”

…these were the last words of Pastor Parriote. He was then murdered in cold blood, together with relatives and the school supervisor. His widow, Zenabou, describes the dramatic events of April 2019:

“The service has ended. Some have already gone out, and I am still standing in the church with my husband. Suddenly, one of my grandchildren rushes in and yells, “Grandma, Grandma look here!” Outside, a dozen armed men surround the church. Then they enter. They confiscate all the cell phones and IDs, collect all the Bibles and burn them along with the IDs. We are taken hostage and expect to die. We can only put our lives in God’s hands. I hear my husband say, “We are here to praise the Lord. Let it be done as he wills.” Then the henchmen take our men behind the church and kill six of them by shooting them in the head. Only my husband’s nephew survives. After that, the terrorists steal our rice supplies, beans, three fattened sheep, kitchen utensils, the tricycle, and three motorcycles.”

Zenabou is tormented by many questions to this day: “Why is such barbarity allowed to happen against innocent people whose only “crime” is to worship God?” Approximately thirty Christians have fled their home and sought refuge in a refugee camp. The pastor’s widow is confident: “We owe our lives to the Lord. He is the one we trust. He is faithful and will not abandon us.”

Earlier, on February 16, 2019, 24 visitors to a Protestant church were murdered by attackers, and 18 others were seriously injured. Six of the fifteen Catholic dioceses are now also affected by terror.

Violence is on the rise…

In Burkina Faso, Al Qaeda fighters are terrorizing the country together with the militia “Al-Mourabitoune” and the terrorist group Boko Haram, including sympathizers. More and more Christians are becoming victims of their attacks. The jihadists are spreading fear and terror with brutal attacks. At least 70,000 Christians are currently on the run. A total of one million people, out of a total population of 20 million, including Muslims, Christians and animists (animism is the belief in the omnipresence of nature) have now become internally displaced persons. The United Nations World Food Program is already talking about the threat of conditions in Burkina Faso similar to those in Syria. In 2019, no country in the Sahel had as many jihadist attacks as Burkina Faso. For the first time, churches of all denominations were targeted in the attacks, having previously targeted mainly government institutions and schools. In 2018, the French embassy was also attacked in the middle of the capital, Ouagadougou.

Many families are forced to leave their villages, abandon their jobs, and leave their belongings behind to find shelter elsewhere. Some displaced people find refuge with families or relatives. But the majority of the refugees live in tents on vacant lots or are housed in so-called “camps”. Thus, Zenabou and her daughter, whose husband was also among the murdered, find themselves as refugees in camps like the one in the village. Left to their own devices, they are absolutely defenseless as victims of terror.

Pastor Barare Wanani, regional president of a regional working group of Protestant churches, says: “We thank God. His goodness never ends, despite all the problems. We have registered here 150 displaced households with about 1000 Christians. Providing these people with shelter, food, medical treatment and schooling for their children is beyond us.”

Pastor Alonso Dako, chairman of the committee responsible for displaced people in Kaya, confirms the plight: “From May to September 2020, we registered 454 households with a total of 3069 displaced Christians – including 90 pastors from 127 eliminated churches.”

Food is now scarce, so providing for the refugees presents us with major problems. Many families are dependent on external support.
Due to the violent attacks in many schools by the Islamist militias, more than 1400 educational institutions in Burkina Faso have been closed. As a result, 190,000 children no longer have access to school and education. As a result, these children spend their time completely without perspective or drive. So that this generation is not lost, the “Burkina Children’s House”, which we support from the nehemia team, has made it its task to improve the situation of the children and young people in the long term through charitable actions, by giving them the opportunity to enjoy (an) education again.
Why can Islamist terror spread more and more in this country?

The Catholic daily post finds the following explanations: “It is a whole bundle of causes. The partial parallels to the rise of jihadism in Syria and Iraq are striking. There is the lack of economic prospects for young men and the systematic neglect of rural areas. In addition, climate change has exacerbated land conflicts between herders and sedentary people along ethnic lines. Local jihadist henchmen are recruited especially from the semi-nomadic Fulani group. The transitions between jihad and organized crime are fluid. The religious zeal of a partly imported, partly indigenous leadership allies itself with the poorly religiously cloaked motives of the local rank and file. Criminal gangs, active in drug, arms and human trafficking, subordinate themselves to the jihadists and pay zakat, or tithes. They profit from the breakdown of state order and are happy to do so. The jihadists, in turn, take the money without fuss. Weapons, moreover, have been plentiful since the collapse of Gadhafi’s Libya in 2011 flushed the stock of his army’s arsenal onto the black markets.” (Source: https://www.die-tagespost.de/politik/aktuell/Burkina-Faso-Christen-leiden-unter-islamistischem-Terror;art315,206220 viewed 8/01/2021)